The news that Lady Gaga is being considered for the role of Audrey in a new Hollywood remake of Little Shop of Horrors should delight her fans in West Virginia. (A quick reminder: Gaga’s mom Cynthia Bissett grew up in Glen Dale, Moundsville’s adjacent twin town. You can still watch our film Moundsville here.)

Little Shop is one of the greatest musicals ever made. The Great American Musical, maybe; the story of a lonely loser named Seymour who works in a flower shop in a downtrodden American city (New York City in the film– but these days, maybe Butler or Wheeling?), and dreams of a romance with a goofy blonde named Audrey — who Lady Gaga would play — who dreams of living “somewhere that’s green.”

A matchbox of our own
A fence of real chain link,
A grill out on the patio
Disposal in the sink

That possibility becomes real when Seymour discovers a carnivorous Venus flytrap-like plant that feeds on blood and flesh– and talks and sings. The smart plant becomes a sensation, attracting crowds and TV crews, and making Seymour rich and successful.

But this money-spinning natural resource can’t be contained; Seymour must feed the plant human flesh to keep it alive. In the Broadway ending, the plant wins and plots to take over the earth. (The movie version has a happier ending, where the plant dies.)

The show began as a low-budget 1960 cult horror film, then became  a huge hit as a Broadway musical in the 1980s. Frank Oz remade it into a movie in 1986, starring Rick Moranis and Steve Martin, which is how I discovered it. 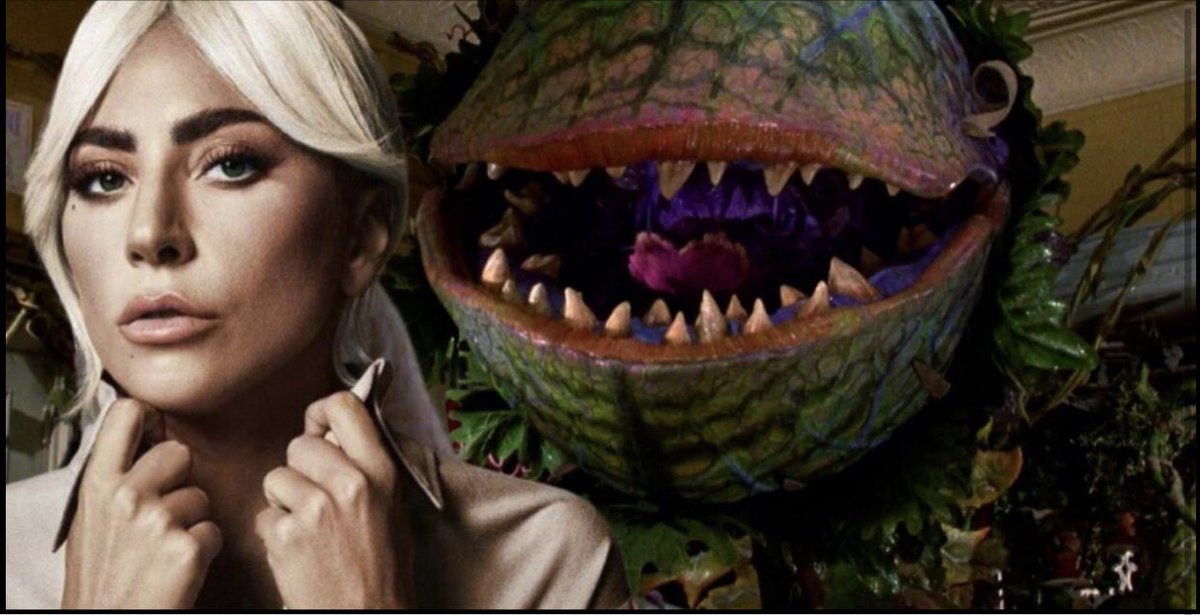 Lady Gaga’s luscious mezzo-soprano tones make her perfect to incarnate Audrey– but also because it would also suit her West Virginia origins. The show is a parable for American capitalism, and for the Mountain State and its complicated relationship with exploiting natural resources, about lower-middle class people striving to achieve escape velocity from their humble roots, and dreaming of white-picket fence material prosperity.

On their way up, they have to confront the price of their ascent: The path to riches is exploiting a natural resource — the plant — which is destructive, and potentially murderous. Can they get there without losing their souls?

My future’s starting, I’ve got to let it
Stick with that plant and gee
My bank account will thrive
What am I saying? No way! Forget it!
It’s much too dangerous to keep the plant alive
I take these offers
That means more killing
Who knew success would come with
Messy, nasty strings?
I sign these contracts
That means I’m willing
To keep on doing bloody, awful, evil things!

The tension between material riches and their cost underlies our economy and the choices we make as a society. It’s also the story of America, a vast land colonized, cleared, farmed, mined, smelted and manufactured into the world’s richest-ever superpower– at a price.

(Also, most importantly: Little Shop has the best tunes!)

In any case, I can’t wait for this movie to be made — hopefully starring Lady Gaga!