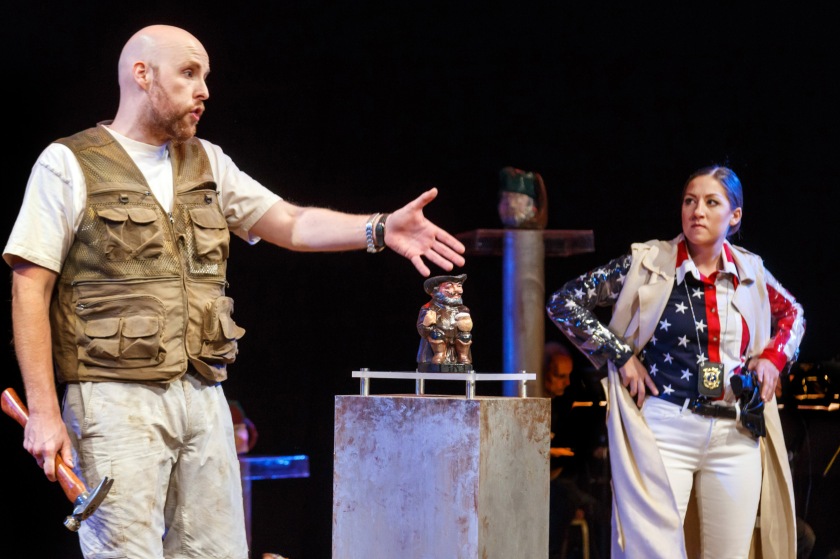 What to do in America when the America you know vanishes?

That’s the question posed by Moundsville (still available here), and by The Last American Hammer, a 2018 opera that made its Pittsburgh debut Saturday night.

I checked out the show and chatted afterwards with librettist Matt Boresi about its origins. Boresi, who describes himself as “one of the only full-time opera librettists,” is the descendant of Italian immigrants from Coal City, Illinois (pop. 5,400), near Chicago, a Midwestern town that, like Moundsville, has fallen on hard times.

Boresi said he had the idea for an opera before the 2016 election, and teamed up with composer Peter Hilliard to write The Last American Hammer. “We could already see the civil disruption, things falling apart,” he told me. During the Trump presidency, it seems even more topical, he conceded: “People ask me if I wrote it this morning.” It’s smart, provocative political satire, an opera easily digestible at 90 minutes, and I recommend seeing it at Pittsburgh Opera Headquarters, where it will play February 25 and 28, and March 1.

Boresi set the opera in a small town near Akron, Ohio, and made his hero an angry would-be right-wing militant vigilante named Milcom Negley. The sense of place is strong, especially in the language, for example when Negley croons, in perfect Ohioese: “This is some bullshit.” There are jokes about sauerkraut balls, a local delicacy.  The characters describe a downtown hollowed out “by big boxes”, and a geography of taverns and dollar stores. “There are no more dances at the VFW.”

Negley used to work at a hammer factory. (Last year, I profiled one of the actual last hammer factories in the U.S., in Wheeling, WV, for Postindustrial Magazine.) Negley’s plant is closed now. He’s holed himself up in a museum full of old ceramic jugs shaped like people, conversing with the owner Tink Enraught, herself a left-wing domestic terrorist in the 1970s. She built the museum with money her dad got from selling the hammer factory. Negley’s behavior is alarming, and Enraught has called the FBI. Agent Dee Dee Reyes arrives, and the three archetypical characters carry on a poetic, poignant, and often very funny conversation about the state of America, which includes quips about TED Talks, and Google and Youtube. The libretto would work as a play.

At the heart of Negley’s frustration is the decline of the factory job. “We don’t make a goddamned thing in this country anymore.” Not even baseballs. “Little red wagons get put together by tiny yellows hands in big red countries.” The root cause of Negley’s pain is economic: Losing his job has unmoored him.

“You’re wounded because you’re falling through the cracks of society,” agent Reyes tells Negley, who hits back with pained pantings. “The American dream is the most powerful myth in history,” he sings. “The idea that anybody can do anything. How appealing. You’d trade an awful lot to keep a dream like that alive.”

In a clever twist, Negley the militiaman complains about foreign interference — at a time when most right-wing libertarian types find themselves cheering Russia’s support of President Trump. More specifically, Negley’s conspiratorial beef is that the country abandoned an earlier version of the 13th amendment, which would have banned “any American citizen from receiving any foreign title of nobility or receiving foreign favors, such as a pension, without congressional approval” on pain of losing citizenship. There really are 13th amendment truthers, Boresi explained.

As an America based on a post-World War Two prosperous middle class and solid democratic habits transitions into something else, we’re facing no small amount of chaos and pain.

So what is next for the Negleys of this country?

In Moundsville, and as James and Deborah Fallows describe in their book Our Towns, the landscape vacated by one kind of society has opened opportunities to build another. There is hope. And life after the factory; it’ll just be a lot different.

But in Negley’s world, as he puts it: “When you’re holding the last American hammer, everything looks like a nail.” 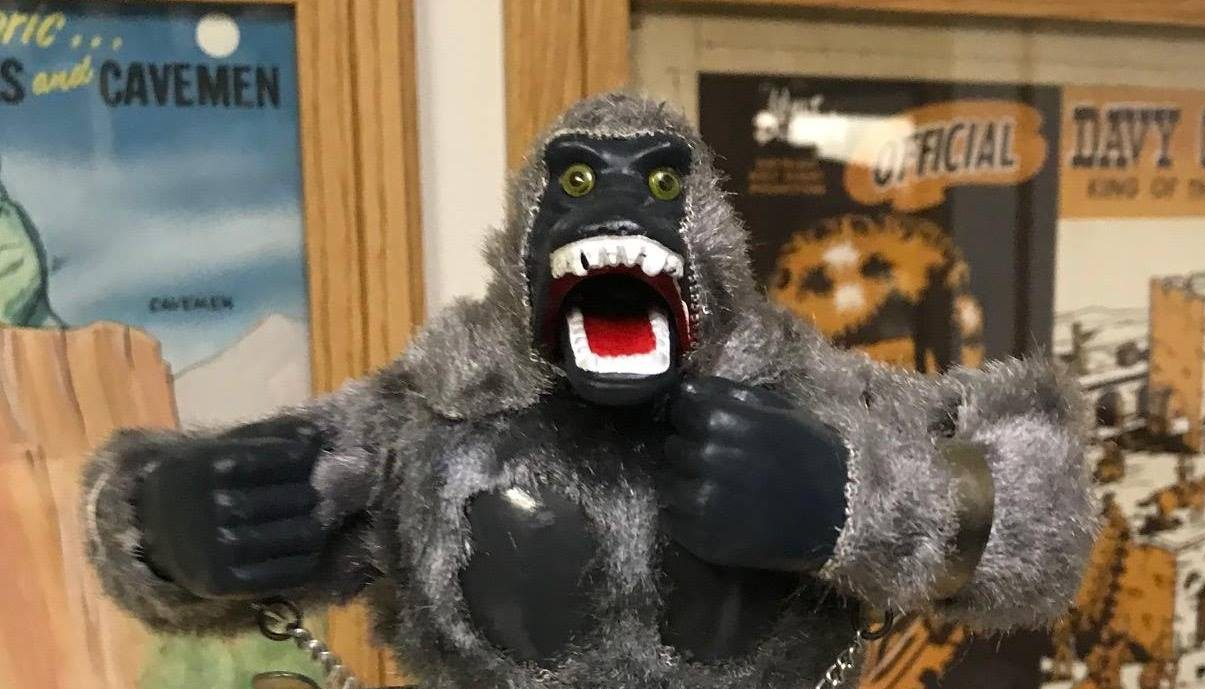